The Balkans. The highest peak in the Balkans is Musala in Bulgaria. The U.S. State Department has a Balkan region policy that includes Albania, Bosnia and Herzegovina, Croatia, Kosovo, Macedonia, Montenegro, and Serbia but not Bulgaria. Politics, semantics, diplomacy. 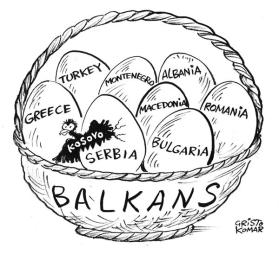 The Balkans, geographically speaking, is also referred to as the Balkan Peninsula, easternmost of Europe’s three great southern peninsulas. The Encyclopaedia Britannica lists the countries therein as Albania, Bosnia and Herzegovina, Bulgaria, Croatia, Kosovo, Macedonia, Montenegro, Romania, Serbia, and Slovenia. The Encyclopaedia Britannica also confesses that, “There is not universal agreement on the region’s components.”

Even the Balkans, it seems, can be balkanized. Goodbye to Central Europe, Eastern Europe, Southeastern Europe and hello to the Western Balkans—though, strangely, there doesn’t seem to be the corollary one would expect in references to the “Eastern” Balkans. The United Nations and the European Commission both have programs and reports and round tables on what’s being done and not done in the Western Balkans. There is a web portal devoted to this new piece of an old region. It’s aptly titled European Western Balkans, though that does beg the question of what other continents may contain a “Western Balkans.”

The Oxford University Press’s dictionary defines “balkanization” as Divide (a region or body) into smaller mutually hostile states or groups. The term was coined to describe what happened as the Ottoman Empire, the “Sick Man of Europe” was giving out its last gasps and all its bits and pieces found their long-lost nationalism in making aggressive territorial claims on the other bits and pieces. Two Balkan Wars ensued as did World War I.

The Balkans, in whole or in part, geographically, historically, diplomatically, semantically, west or east—what really does that name tell us? Any story it might tell is disingenuous, because even when it was coined it described a past and not a present, let alone a future. And because whenever it has been used, it has meant different things to different people who all imagined they understood the same single and true story behind it.

Nigerian novelist Chimamanda Ngozi Adichie spoke famously about “the danger of the single story…The single story creates stereotypes, and the problem with stereotypes is not that they are untrue, but that they are incomplete. They make one story become the only story.” The single story promulgated again and again about the Balkans is that it is tribal, war-torn, with bred-in-the-bone hatreds from time immemorial. The Balkans, as Adichie lamented about Africa, are spoken about as one single, seething mass—a single story.

For me, this blog To Bulgaria and Back in large part aims to do the opposite. I try to tell many different stories about a single “Balkan” country, Bulgaria. If you have stories to tell, please do share them. 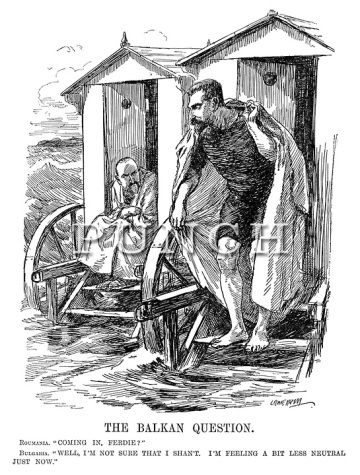