The “culture shock” of the Bulgarian head nod for no and shake for yes is one thing. But it is bewildering to realize that Bulgarians have not set up systems with the goal of accomplishing something with the least waste of time and effort. The efficiency Americans are always striving for has not historically been a cultural value. After all, how many people could the communist state have employed that way? But it’s more than a leftover from communist rule. 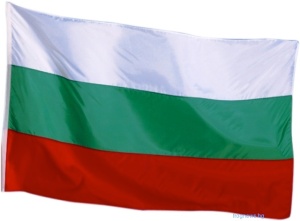 How to identify what may be at the core of many of the problems—both commonplace and crucial, surface and systemic—inherent in the functioning of Bulgarian society and state today? It’s easy to point the finger to the much discussed and certainly prevalent corruption, fraud, and organized crime. It’s easy too for the fatalism that flows in the blood of so many to cause the body politic to shrug its shoulders and insist everything is predetermined. “Съдбата ни” (“Sudbata ni”). “It’s our fate,” they say, and so accept that the current situation is the only one possible. My modest proposal is that behind much of the systemic inefficiency that allows criminality and cynicism to thrive is the tendency to overcomplicate…just about everything. 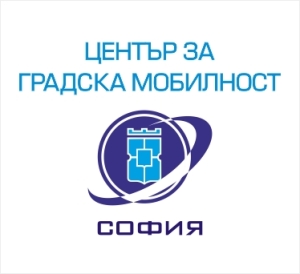 Overcomplicating everything means the public transportation fare system covers so many eventualities that the print needed to contain them is tiny and the signs on which they are printed are large. No passenger can possibly have the time, space or inclination to read or comprehend any of it on a crowded rush hour bus, to say nothing of the ineffectiveness of administering such a system. Prices of the Transport Documents for Trips on Public Transport on the Territory of the Municipality of Sofia has 75 items organized by four articles, many of which are further divided in up to nine sub-articles. It begins with the following:

It should go without saying, though apparently the Sofia Urban Mobility Center needs it said, that one could simply combine the four for a concise:

Everyone Is Unique on Public Transportation

The Sofia Urban Mobility Center has further constructed different payment schemes for public school students, university students, PhD students, children without parental care, Mountain Control and Rescue Service employees, disabled people whose fitness for work has a 50% to 70.99% rating and many other sorts of people considered to require their own societal—or at least transportational—categories. And many of these require further breakdown into varying pricing for one-, three-, or six-month cards for one, two or all lines of transport. As is often the case, the individuals responsible for such a system somehow still worry that a wayward permutation has still been left undeclared. Thus much signage, whether on a pack of herbal tea or on Prices of the Transport Documents for Trips on Public Transport on the Territory of the Municipality of Sofia, has an ending qualifier which sometimes literally and sometimes figuratively says “and others.” Article 24 now allows free three-month cards for all lines for “preferred-unnamed persons.”

So Many Signs, So Little Information

Once I saw pasted up behind the bus driver a sign entitled Ordinance On Passenger Transport and Terms of Travel in Sofia’s Public Transport. Even longer than Prices of the Transport Documents for Trips on Public Transport on the Territory of the Municipality of Sofia. And just in case you should doubt that it was birthed by the halls of officialdom, the Ordinance begins with the following:

For the sake of argument, let’s assume that well-intentioned and honest Bulgarian civil servants wished to demonstrate the utter transparency of the Sofia Urban Mobility Center. Let’s assume that all of the seemingly endless items describing in excruciating detail the rules for transport documents, conditions of travel, categories of travelers entitled to various concessions, penal provisions and so on are there not only so that citizens have confidence in the workings of the Sofia Urban Mobility Center, but so that they are truly informed as to all their rights and responsibilities as passengers of the public transportation system in the capital. And they are modern, yes they are, at the Sofia Urban Mobility Center. No need for the digitally-connected passenger to read through such an extensive document on the bus, tram, trolley or subway car. The Sofia Urban Mobility Center’s website allows you to view every word in Bulgarian and English as well as to download the file on a mobile device. And yet, once I was on the bus from Druzhba and saw a small printed sign near the driver reading, “Here there is no information.”

Does the average passenger feel confident in the information provided? Does s/he feel confident in the governmental body that created such ordinances and their publication? The opposite is true. All that impenetrable verbiage not only fails to inform, but is received as an assault on the system of the body politic and the individual. Rather than being perceived as system transparency, it’s seen as yet another example of too many words rendering any comprehension utterly impossible. The system remains opaque, and thus suspect, and thus all the more susceptible to at best a lack of trust and at worst fraud. And all of this costs the Bulgarian state enormous human, time, and financial resources it can little afford.

Continuing in the transportation complication theme, because picking one theme for our tour of overcomplication somewhat simplifies the endeavor, we move to street signage. In group A of the “warning travel signs for danger,” there are 40 different signs, plus variations on two of them.

As we drove through central Bulgaria on a recent spring vacation, we wondered about a sign with an exclamation point in a red triangle. My husband didn’t remember what it meant and we couldn’t figure it out, though we saw it repeatedly.

It turns out that this sign is the pictorial version of “and others,” conclusively demonstrating that the individuals responsible for the signage have considered absolutely positively all possibilities. “Road sign A39 is used to signal danger, for which there are no stipulated road signs…” The explanation goes on at some length to describe these possible dangers that have not been stipulated before and finishes with the words “and others.” 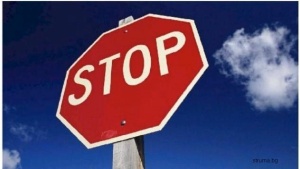