“Music is,” said renowned American poet and educator Henry Wadsworth Longfellow, “the universal language of mankind.” When we moved to Sofia, Bulgaria in 2010, our son was three and a half years old. Yoan loved music. He sang incessantly then and, in the unselfconscious manner of very young children, without regard to the presence of others. So we might be at the playground at Седмочисленици (Sedmochislenitzi) and he would give a free impromptu concert standing not far from the church doors blissfully singing in succession the American folk song “I’ve Been Working on the Railroad,” the Bulgarian children’s song “Хей ръчички” (“Hey Little Hands”), the Hebrew “Mah Nishtanah” chant (the Passover Seder recently having been celebrated), and Bob Marley’s “Three Little Birds.” 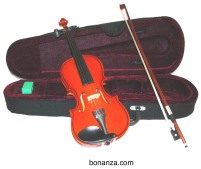 Yoan had also begun a very strong interest in the violin. As do so many cities, Sofia has its street musicians and he stopped before each one with great interest. For each, he requested coins to give and for each he gave long and undivided attention—particularly long and undivided attention to the violinists. He wanted lessons, he asked regularly, it was clear this was not a passing fancy.

We asked a good friend who is a flutist. Връзки (connections). A phone call, a name, another phone call, and when Yoan was four years old we found ourselves in one of the studios in the Национално Музикално Училище Любомир Пипков (Lubomir Pipkov National Music School) on Oboroshte Street for an audience with a renowned teacher. She sat at her piano and invited him to sing a song. “No,” he said. She was encouraging. He could sing anything he wanted. He pursed his lips. She suggested songs and began playing as an inducement. He pushed her hands aside so that he could try playing those extremely enticing white and black keys.

We the parents had no problem waiting. The four-year old was not so sanguine about either the waiting or being told he was too small. But the Suzuki method to teach very young children was not available in Sofia and so wait he must.

A year back in Washington, DC, and Yoan’s interest in learning to play the violin was undiminished. So at age six and a half, he began his lessons at Middle C Music. Classical guitarist Myrna Sislen is the owner and has created a stellar and warm musical community of professional musicians, students, and music lovers, and the teachers are excellent.

Yoan began violin lessons with Frederik Spiro, a former member of both the Albanian Radio Television Symphonic Orchestra and the Albanian National Opera and Ballet Orchestra. He’s been taking lessons from Frederik for 3-1/2 years now and regularly gives free impromptu concerts over the phone to his grandparents.

So if you know or can direct me to such musical terms in Bulgarian, I’d be very grateful. Because though Shakespeare may be giving a fairly apt description of Yoan on a good day, I do need both words and book to manage.

He plays o’ the viol-de-gamboys, and speaks three or
four languages word for word without book,
and hath all the good gifts of nature.
(Twelfth Night, 1.3.24)